All Rich People Are Bad, All Good People Are Poor–But Some of Us Are Brave* 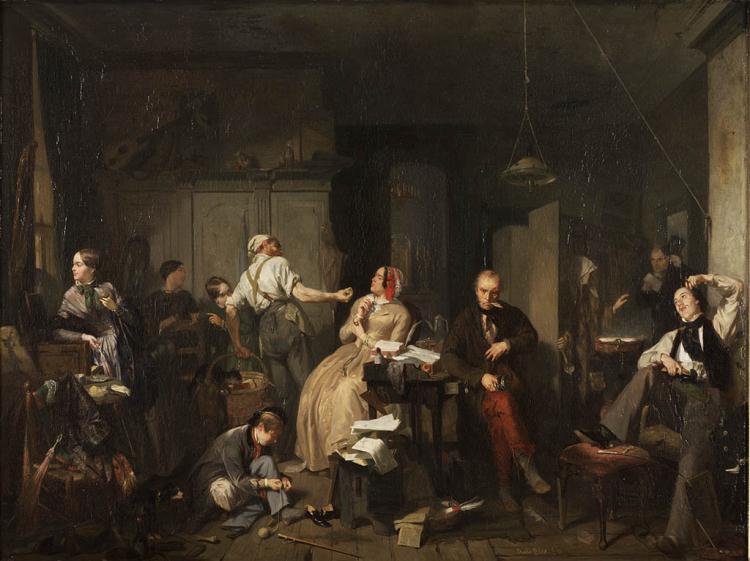 24 Aug All Rich People Are Bad, All Good People Are Poor–But Some of Us Are Brave*

Posted at 11:11h in The Money to Support Your Calling by Beth 0 Comments
0 Likes
Share All rich people are bad, all good people are poor, but some of us are brave enough to go beyond stereotypes: I am fond of all the stereotypes on view in this painting of rich and poor people. Poverty and Wealth, by David Joseph Bles (1848), uploaded to Wikimedia Commons by AlfvanBeem, owned by the Teylers Museum, Haarlem, The Netherlands.

If All Rich People Are Bad, Why Focus on Them in Fundraising?

I’m working on a campaign for one of my client soul-colleagues. We’re raising $20,000 in a super-short time for a large, tangible purchase. It’s easy to raise money that way–momentum gets created, people get excited, and they give! This is also how crowdfunding works, but this isn’t crowdfunding. It’s a small campaign created just for people who can give $5000 apiece.

Am I an elitist? A snob? I doubt it. I simply designed a campaign that’s as much fun to give to as possible.

In a bigger, longer-term campaign, every gift counts. Fundraisers learn early on to draw up a gift range chart before they begin a campaign. This helps them map out how many gifts of each amount they should aim to raise in order to reach their campaign goal.**

If All Good People Are Poor, Why Fundraise From Them At All?

You might think: why bother? Why not just focus on large gifts? The answer is because it’s dumb. It will skew your organizing. You need a democracy, not a plutocracy, behind you. Try to build a wise foundation underneath your work. It’s important, for stability and longevity, to do the cross-sectoral relationship-building that leads to easier fundraising. If you need help, start here, with our published articles, especially this one I wrote on asking for large gifts, and this one, which tells you how (and why) to focus on mid-level gifts. (Articles will start downloading as soon as you click on them.) It’s vital to create a strong, wide base of many small gifts and a nice juicy center of middle-range gifts, topped by a few large gifts–until the revolution comes and we are all financially equal and then you should ignore this article.

Some of Us Are Brave

So here I am, creating a little club of four donors each giving $5000 whose giving I intend to be an investment that builds their loyalty to the cause, and ours to them.  There’s a lot I’m aiming to achieve with this one campaign! I’m not even going after a gift smaller than $5,000. I’m also not going after gifts of $10,000 or more for this particular, $20,000 campaign. It’s too easy! There would be no dynamic tension, no excitement and no fun in raising the whole amount from one person. (It’d be different if we needed $100,000. Then I’d seek gifts of $10,000 and $20,000. Do you see the fun starting to emerge? It’s building community I’m after.)

The Moral of the Story

*A deep bow of gratitude to the origins of this post’s title, the landmark book  All the Women Are White, All the Blacks Are Men, But Some of Us Are Brave: Black Women’s Studies edited by Akasha Hull, Patricia Bell Scott and Barbara Smith. Their powerful 1992 book remains in print with a new 2015 afterword, which tells you how relevant it is. I loved it. Read it!

**Talk to me if you want me to design something like this for you. Alright? I’ll do it, if I like why you’re raising money!