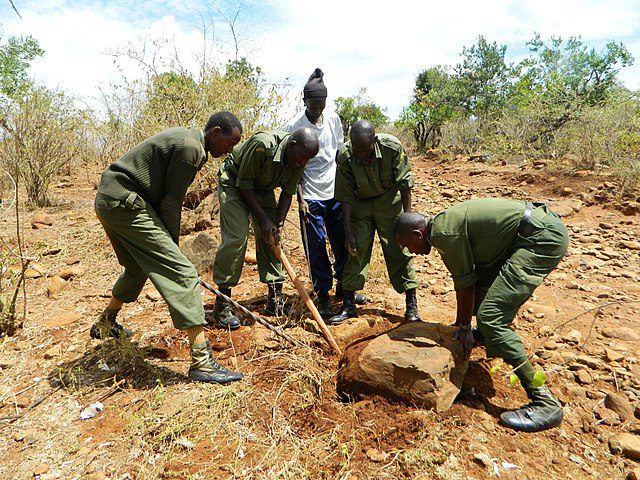 Posted at 11:11h in The Money to Support Your Calling by Beth 9 Comments
0 Likes
Share Collaborative wealth is a way to accomplish something hard to do by yourself. These are Community Wildlife Rangers engaged in access roads improvement, joining hands to uproot rocks on the road. Image by MugoMaina.

What is up with the idea of collaborative wealth?

It’s no secret: if you collaborate, you have more money and you spend less.

Why, then, is the very phrase “collaborative wealth” or “collaborative money” so totally weird-sounding? And not even hardly a search term. (Search and you’ll see what I mean.)

Why Collaborate for Wealth?

There are so many reasons to collaborate when it comes to wealth.

You may say: wealth is much more than money. True! Wealth = well-being. (Look it up.)I But it’s not like we collaborate well on any aspect of well-being or abundance. And money is certainly part of wealth.

Why Do We Not Collaborate?

Why don’t we tend to collaborate when it comes to wealth? Three guesses:

I think a big part of our problem is cultural. Capitalism and Darwinism are major forces in our culture. (They are deeply connected with Dr. King’s “three major evils—the evil of racism, the evil of poverty, and the evil of war.”)

It’s interesting that to accompany this post, I chose an image of people who don’t look like they are working on a road in the US. (They might be, but it looks like Africa, from my experience there. But the image information doesn’t say where it was taken.) I didn’t do that “on purpose,” I did it unconsciously. I went looking for images of people “pulling together,” and thought I wanted a picture of people rowing–but they were totally uncompelling. This one felt like people building not just a road, but wealth, together.

I have a lot more to say about collaborating when it comes to money and to wealth, for that matter. But for now, I’ll pause…tantalizingly, to see what you have to say about the matter.

Other Posts in The Collaborative Wealth Series:

*See the information about Peter Kropotkin at that “Darwinism” link.