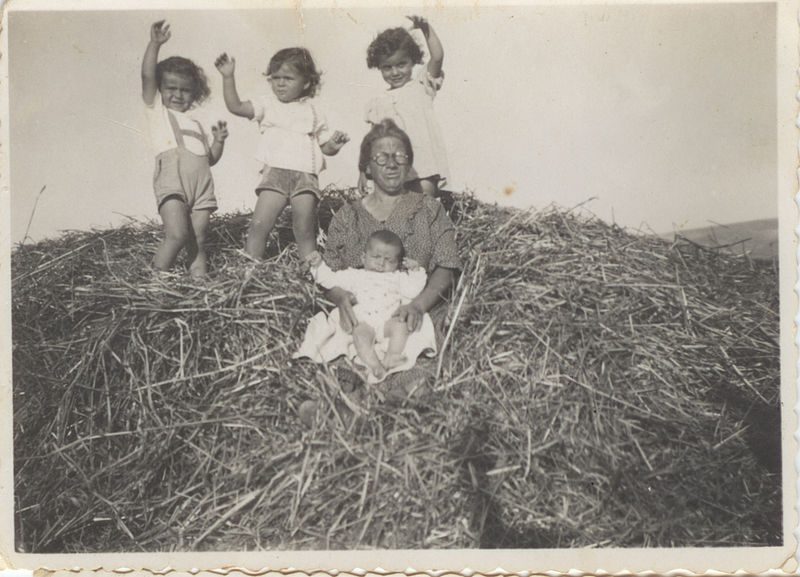 Posted at 11:11h in The Money to Support Your Calling by Beth 4 Comments
0 Likes
Share

Grandmother and her grandchildren at Beit-Hanan. Source: Beit-Hanan Archive via the PikiWiki – Israel free image collection project via Wikimedia Commons.

A new soul-colleague told me the other day he had doubted I could really raise money because I looked like his grandmother.

At first, I was very insulted. But I do often dress like someone’s  grandmother.

And I act like this grandmother in the picture–projects and people coming out of my hair. And in my hair. I like them there.

And so I wanted to write you about this, in case you have the same assumptions. To make them easy for you to notice, and to question.

I am glad I don’t always look like other people’s assumptions about who raises money. (I do clean up well, and sometimes actually do look like “those” people, until you get to my car, but that’s another story).

I’m glad because we can make the world bigger or smaller by the stories we tell ourselves about these things.

You may want to raise money and not look like anyone’s assumption either. (My friend doesn’t look like his own assumptions, and he is a stellar fundraiser.) You may worry about entrusting some of your money to people who look like your grandmother.

But think: most of the time, we would do well to entrust grandmothers with our money. Not so?  Who is a fundraiser? What does she look like? I’m teaching “Fundraising as Self-Development” at this conference next month. Consider making an event of it–you would not regret it.

This site uses Akismet to reduce spam. Learn how your comment data is processed.