Face to Face with the Tyrant 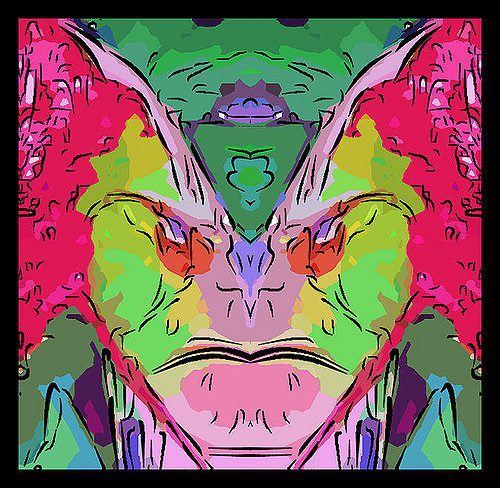 23 Feb Face to Face with the Tyrant Face to Face with the Tyrant: The title of this piece is “Emotion. Alternate title: Angry Clown with Frog Hat.” Image by Scott Robinson, who says, “This started as a photo of a flower. I was just playing with the paintshop tools….That’s when this fellow jumped out.” Accessed on Flikr via Creative Commons Search.

Face to Face with the Tyrant

I’ve blogged a lot about the Tyrant. Always in connection with money, however. For years, I’ve explained the difference between the unhealthy Tyrant and the healthy Warrior archetypes by using Donald Trump as an illustration of the Tyrant. There’s a lot of confusion around healthy moneymaking and investing, and healthy fundraising. I knew no one wanted to be thought of like Trump when it came to money.

My Tyrant Was Elected President

Tyrant energy rules sometimes. Perhaps you’ve noticed it in yourself?

I’ve behaved badly to people I love. Deeply badly, and yes, this is an apology to you, B and to you, E.

But no more. I find I am not fleeing and I’m not loathing. Nor am I confronting or making friends. I am simply face-to-face, being-with. Acknowledging, learning, watching.

I sit, face-to-face, with the Tyrant.

More than any other thing right now, getting comfortable with the Tyrant is TRANSFORMING ME. I am not afraid! Of myself. Or President Trump. Or what he and his are doing to my planet, my economy, my friends.

I do not dramatize, nor blame. No fleeing or loathing or shying away. I act, and I rest, then stick around. I resist–and do much beyond resistance. There is pain but not suffering.  I keep open and alert. I stay face to face because:

The safest place for a Tyrant is face to face.

No one wants to be thought of  like Trump when it comes to power. The shadow of the Tyrant is loneliness. Don’t leave the Tyrant alone.