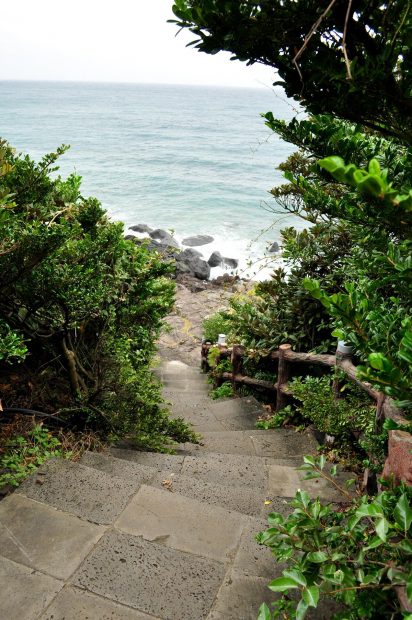 Posted at 11:11h in Healing Your Money Flow by Beth 5 Comments
0 Likes
Share Abundance “Attrackts”: Winning the Frugality War: A post by a soul-colleague about money and abundance.

David ‘Black Feather’ Nagy is a Canadian soul-colleague whose writing and perceptions I like a lot.  I hope you love this post he wrote for you & me.  –Beth

At one point in this life’s journey, having quit a well-paying job with the intention of attracting/manifesting what dreams I thought I needed, I (instead?) found myself collecting cans and bottles off the beach. I’d use the return refund to buy enough rice from the bulk food bin to keep from starving (and I’d overspent, even, until the cashier took off the few cents’ credit for my having brought my own bag). It was also around that time that I’d been asked to participate in an intuitive arts festival to present the work I’d started doing as a psychic illustrator, and found twenty dollars on the sidewalk; exactly what I needed to cover the fee.

Conversely, at a time when I was heavy into a lucid dreaming practice, I sought out and dreamt winning lottery numbers. But (unfortunately?), I only dreamt that I’d woken up to write them down. After eventually waking (for ‘real’), I played the three numbers I knew for sure, as well as as many variations of what I thought I’d seen of the rest (and that I could ostensibly afford). Checking the official results after the draw date, I recognized in hindsight that the winning numbers were in fact the ones I’d originally dreamt. Go figure.

So, (after the expletives took flight,) did I lose/gain any Insights from those experiences?…

With my beachcombing, for instance, I let go of some outmoded ideals I had about humility and ‘value’. While in the moment I interpreted what I was doing as humiliating, that self-judgement wasn’t necessary. If someone were doing the same activity but had a truck with a professional-looking sign on it, was picking up cans wearing a reflective vest, a hardhat, and demonstrating a kicky, entrepreneurial attitude, I’d have viewed them totally differently than I was viewing myself (the admirable, ‘smart’, vs. the self-deprecating, ‘loser’, for the very same activity). It was a great lesson in how to Receive without self-criticism or judgement.

Regardless of how life’s conditions appear, I have no doubt whatsoever that financial abundance is at our fingertips any time we Divinely choose, and/but I also have an appreciation for the idea that the experience I’m having is providing Exactly what I Need. While I have every confidence that I can manifest winning lottery numbers again using the same method, I haven’t since felt motivated to. It’s not a path I’m Choosing in this incarnation.

I ask myself the question,

“what’s more valuable to my soul’s growth, cash in hand, or insight into how I’m sabotaging my own sense of value”?

Not that it’s an either-or question (and if monetary abundance is your journey, kudos to you), but I consider the release of the karma I’d built up around this immeasurably valuable. After all, why did I only dream that I woke up and write the numbers down? I’m only realizing as I write this that I can be sure it was not an accident. I figure that the lesson I got out of all of this is kind of like ‘teaching a soul to fish’; money, I (hope I) would spend and it’d be gone, but this is a Gift that keeps on Giving.

I also learned not to force anything (and, no, it hasn’t escaped me that prematurely quitting a good paying job to do what it is I’m “really” here to do might have been a tad forced;). Some brilliant person since gave me the advice that if I’m in a situation that I’m feeling considerable resistance to, “go limp.” That doesn’t mean to be flaccid and not “do” anything; by all means, do whatever you’re Divinely guided to do (I personally received no less than 3 unmistakable signs suggesting I apply for a job in my previous line of work). What I mean is, if you find you’re having an experience that your mind doesn’t prefer or–at its extreme–is traumatic, go loose. Hey, you’re more likely to survive a car accident that way–‘go limp’ at your (work). Consider that the karma you’re clearing is opening things up for you on your Direct path.

Regardless of the apparently haphazard decisions I made, I was and Am on the proverb-ial fast track, and everything is in proper balance, karmically speaking. As much as it seemed mine might not have been the most sensible route to take, Spirit’s overview provided me with The most direct route. For myself, that wouldn’t have been better facilitated by loads of cash.

As to how this all relates to what I’m ‘really’ here to do, well, I’m doing it. I was “there,” and now I’m “here.” My dream was to work as /be a psychic illustrator and healer, to receive requests both for my services and to teach, and–as part-and-parcel–to be provided for. It was a Dream then, and it’s my Life now. Then as now, it was as ‘real’ a part of my lifedream as what I’m experiencing at present. It was just a little challenging to recognize the value in it. David ‘Black Feather’ Nagy is among other things a healer and psychic illustrator who believes that the best insurance against not living your dreams is living your Life. Your lifedream is the Biggest and most valuable Dream there is. Find David’s offer of teaching /learning psychic illustration here–it allows people to learn online and receive tutorial support from him.